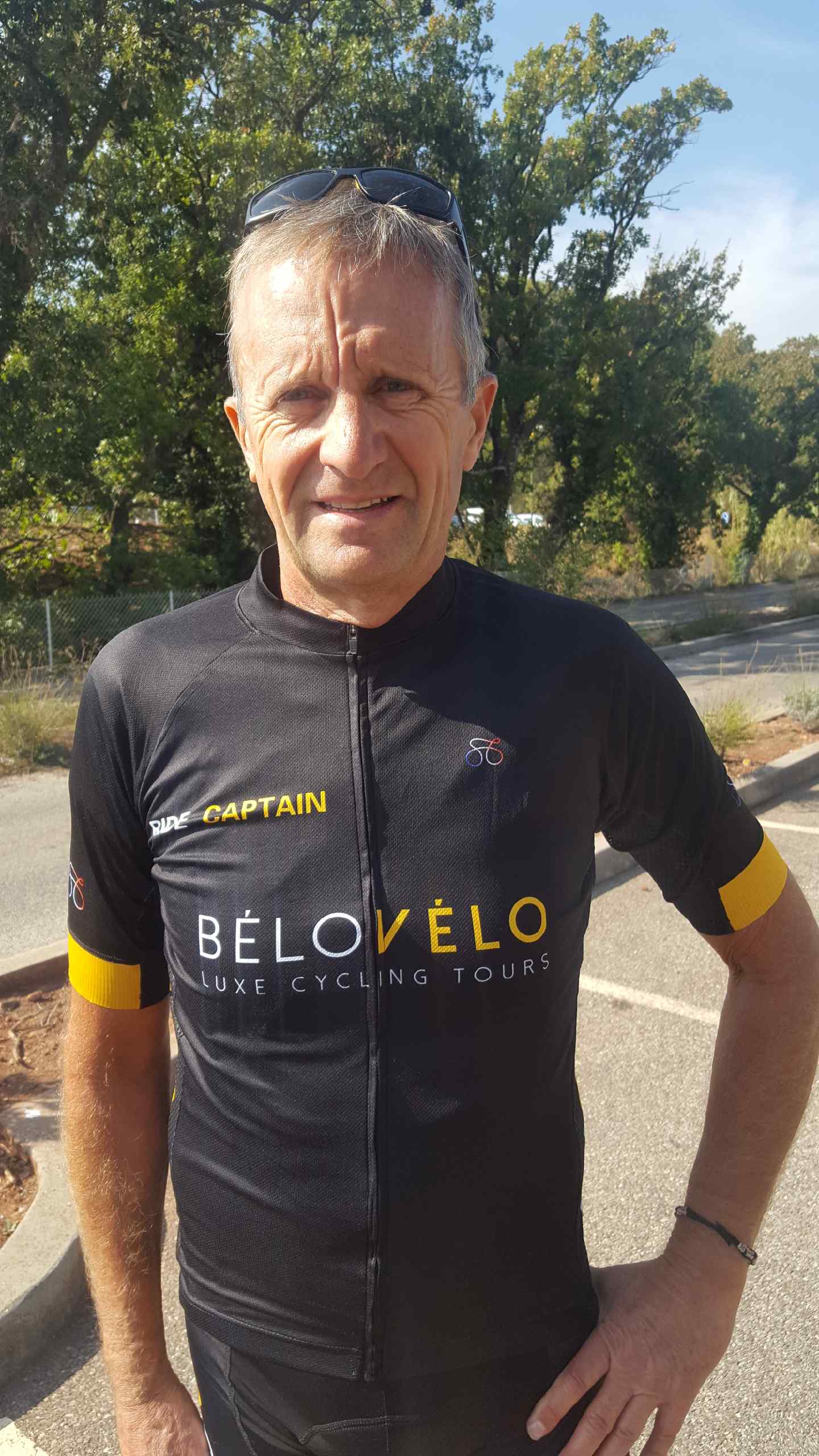 Denis is a former professional rider, passionate cyclist, and world traveler. Denis rode several “Tour de France” and "Vuelta". In addition to 11 professional victories, he finished 10th in the G.C Tour de France 1988 and 10th in the G.C 1990 Vuelta, on the very same year he also won the 21st stage of the Vuelta. After 10 years as a professional rider, Denis managed several teams as the National head coach for the Canadian cycling team (Pan-American games 1994, Commonwealth games 1995, Olympic games 1996) and as “Directeur Sportif” (Gan, Credit Agricole). Before joining BéloVélo Luxe Cycling Tours Denis decided to embark on an epic adventure with his whole family: Tour the World. After 8 years of epic adventure, Denis now wishes to share his passion and extensive "peloton" experience with BéloVélo guests. Denis is overlooking the whole cycling operation, is a Certified Cycling Guide and First Aider. In addition to guiding guests on the saddle, Denis will also run a daily “bike clinic” to give away tips of the peloton, technical advice.

While working in Osaka, Laurent came up with the idea of combining his passion for cycling with his hotelier and gastronomy background. After spending 20 years in Luxury hotels such as Peninsula, Ritz Carlton, Mandarin Oriental, InterContinental, Laurent decided to combine his passions to launch BéloVélo Luxe Cycling Tours. Since 2015, he has rigorously selected an enthusiastic & talented team. With his own view on what a true cycling journey should be, Luxury, and “Savoir Vivre à la Française” in mind, he and his team have carefully scouted all itineraries routes, tried all hotels, and restaurants. He is also a Red Cross First Aider. 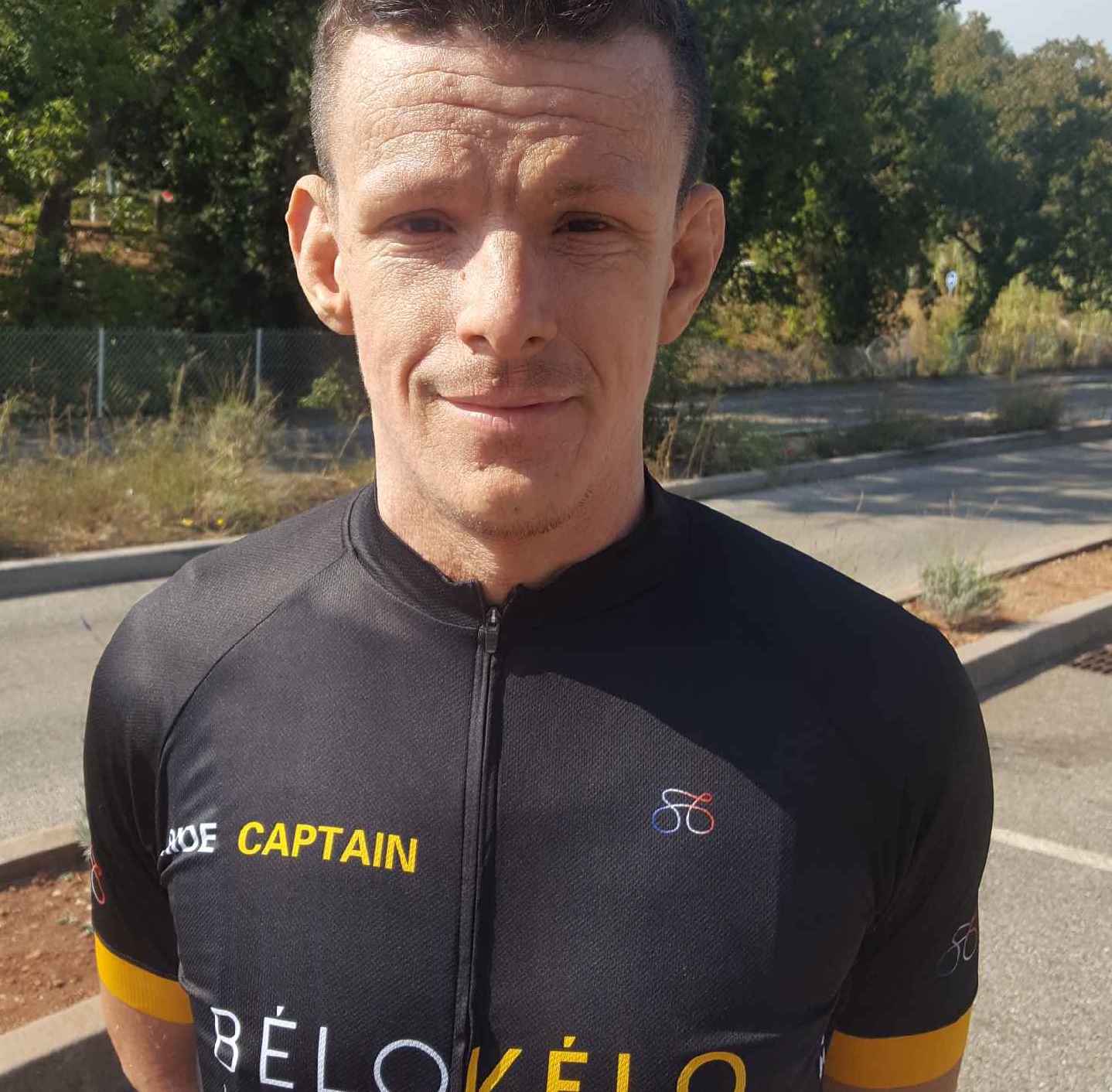 Another passionate story. After graduating with a Master 2 in International Sports Management, and working a “dream 9 to 5" job, Louis dropped everything for his passion: Cycling. Since his childhood, Louis has always enjoyed cycling as a competitor & leisure. As he wished to live from his passion, he embarked on an additional year of studies to graduate as a Certified Cycling Guide in 2015 and is as well a First Aider.
Louis lives in Nice, knows perfectly the roads of the French Riviera; Louis is also still a keen competitor and an exceptional mechanic

Patrick has an unusual background. After completing his initial science studies, he worked in the industry, after a few years, he successfully graduated with a Ph.D. in reliableness, Science of electronic materials, then became a lecturer at Marseille’s university, until he decided to dedicate his life to his passion: Cycling. Patrick successfully graduated in 2015 as a Certified Cycling Guide and is as well a First Aider.
Patrick lives in Provence. BéloVélo guests will benefit from Patrick local insights and tips. Patrick is also an enthusiastic and skilled video operator. 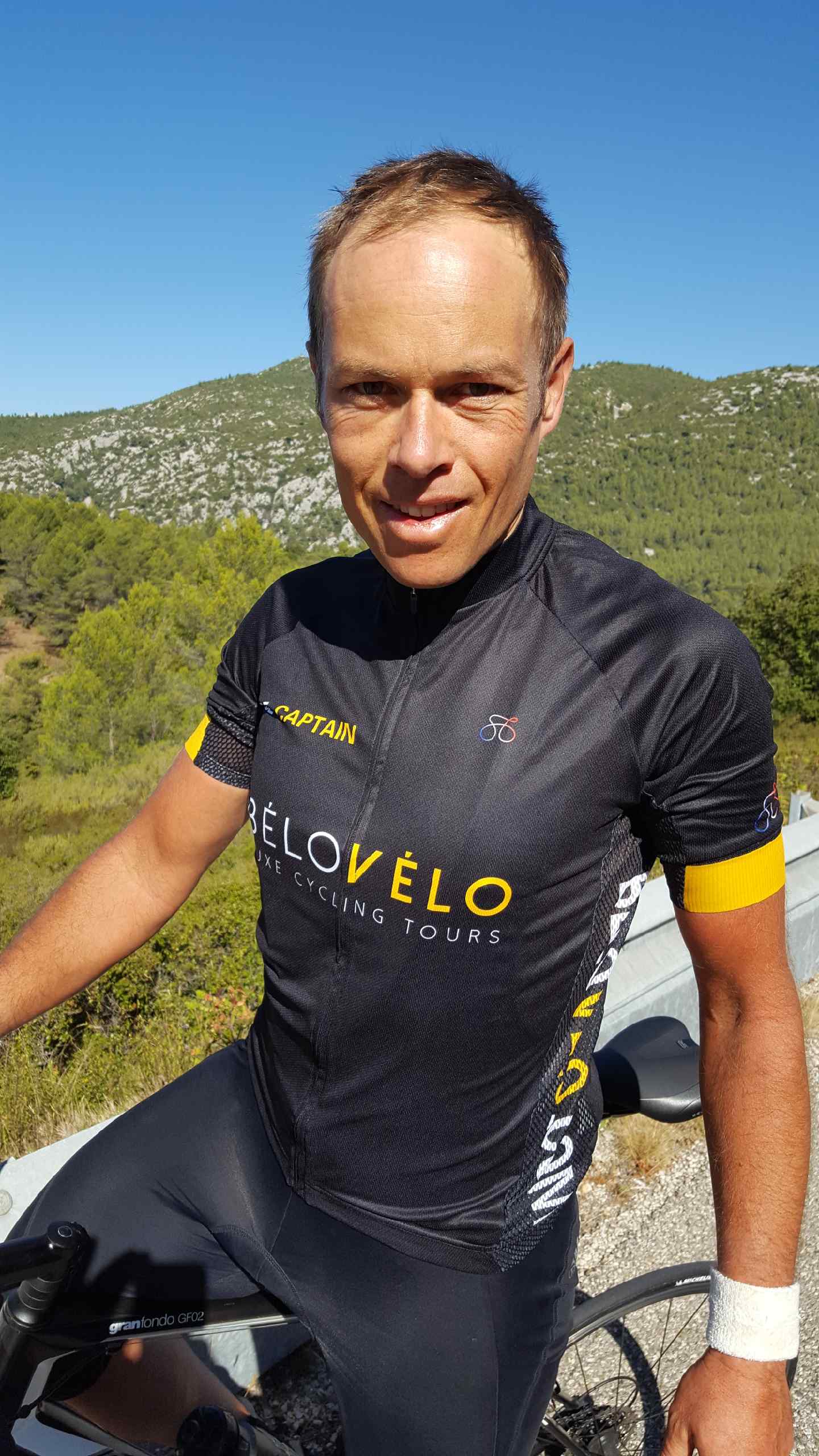 Stay informed on our latest news